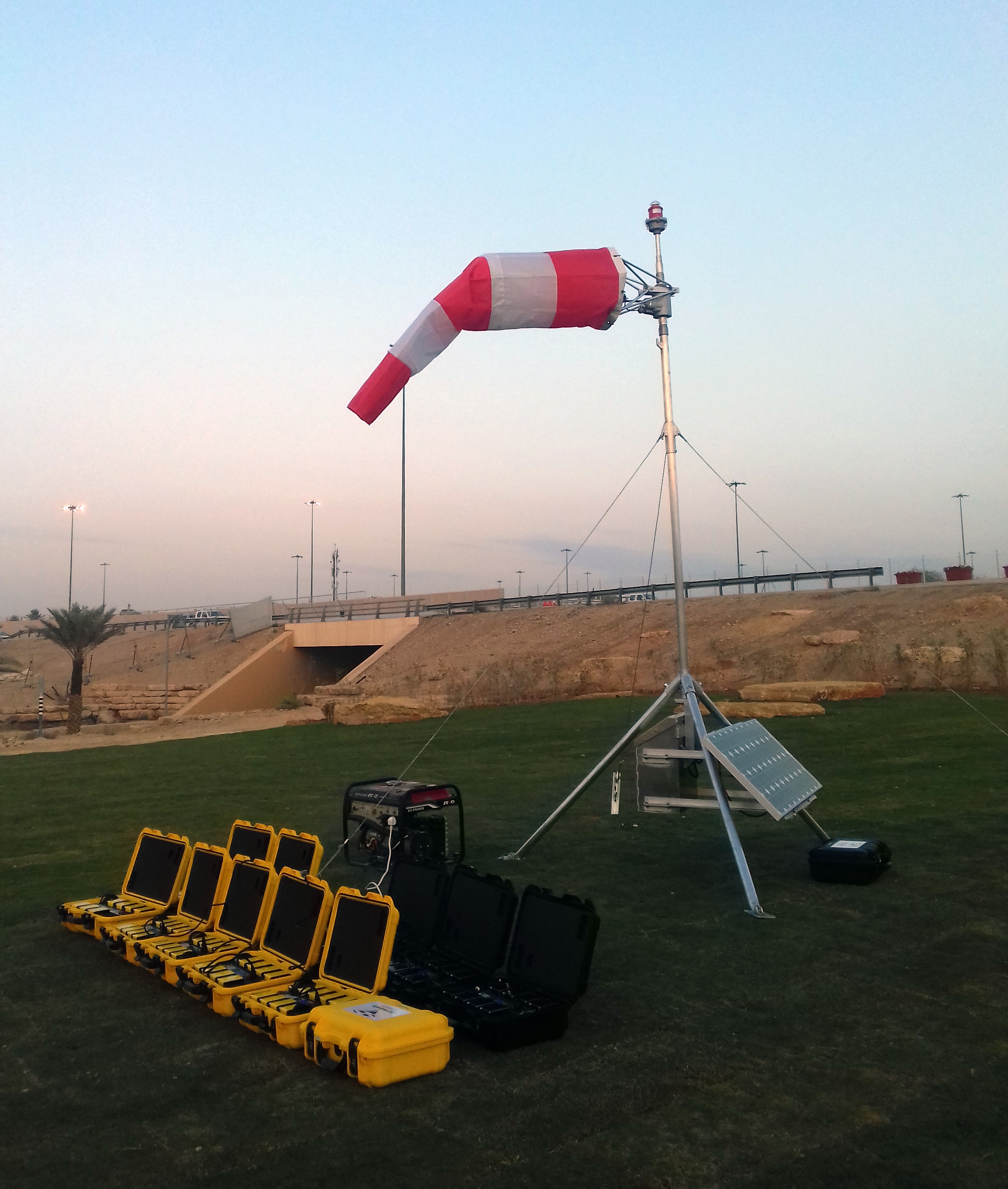 We are pleased to announce that our HEMS-Star® portable LED helipad lights have been used to provide safe day and night marking for a temporary helipad at the first race in the prestigious Formula E Grand Prix season.

The equipment was purchased by the General Sports Authority (GSA) of The Kingdom of Saudi Arabia to meet the temporary helipad lighting equipment requirements for the Ad Diriyah Formula E Grand Prix.

The GSA purchased 12 cases HEMS-Star® consisting of 84 Lights and 12 Mobile Lighting Controllers (MLC’s) and they were deployed on two large Final Approach and Take Off Areas (FATO) for 24-hour operations during the event. Each FATO consisted of 28 perimeter lights and 14 Touchdown and Lift off Area (TLOF) aiming lights per pad, plus a Portable Solar Series LED wind cone to provide wind direction. The MLC’s were used to control the lights either remotely by the pilot via VHF radio or using the sunset switches. The GSA has retained the lights for deployment at future events.

The HEMS-Stars® themselves are a rechargeable portable battery powered LED lighting system designed for rapid deployment to provide safe and effective marking at designated or ad-hoc landing areas.  HEMS-Star® is wireless enabled for remote or pilot VHF activation. With NVG compatible red, blue, green, white visible LEDs and infra-red it is programmable to show steady-on, flash warning, location beacon or Morse Code and has optional automatic sunset switching. A full case weighs only 10.6Kg and is rechargeable in its case via mains at 100-240V AC, vehicles at 13.5-28VDC, solar or wind power and is IP65 rated.

Fraser MacKay, Commercial Director at FEC Heliports Worldwide, said, “Whilst HEMS-Star® lights are in widespread use with Air Ambulance Services and military services around the world as well as international agencies like the UN, this is the first time that our HEMS-Star® have been used for a major sporting event, which confirms our belief that these lights are the ideal solution for any major sports event, concert or festival where safe temporary helicopter landing is necessary.”

Major outdoor events are very much part of UK popular culture, whether it’s sporting events like the British Grand Prix Silverstone, horse races like the Derby at Royal Ascot or huge festivals like Glastonbury. By their nature these events have characteristics in common; very large crowds and vehicle traffic, and a limited number of approach roads and entry points which can drastically impede patient evacuation. Whilst these events will of course have made provision for a limited amount of medical coverage, in the event of a serious incident, Emergency Helicopter Emergency Medical Services (HEMS) may be the only practical option. Organisers have a ‘duty of care’ to ensure that event-goers have adequate medical coverage and it could be argued that providing safe day and night marking for a pre-designated temporary helipad to ensure that helicopters have safe access falls under that duty of care. Whether it does or it doesn’t, if you are responsible for the safety of large numbers of people, in the absence of a permanent helipad, it makes sense to have pre-surveyed the most suitable site or sites for temporary landing zones and have the equipment ensure their safe and practical use.